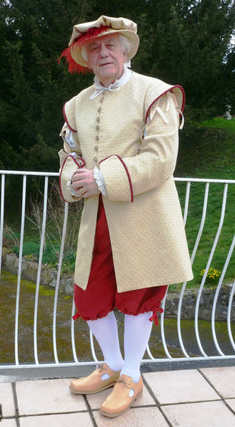 ﻿The Friends of Eastgate House set up the costume project to create a range of replica period costumes for visitors to the house to try on.
​
The costumes for women, men and children are representative of clothing worn at the time Sir Peter Buck lived in the house - c1600-1630 and also the Victorian period -  1837–1901. This includes costumes for those who perhaps would have worked for Sir Peter as servants, and for those who might have been invited to join him and his family for dinner at Eastgate House.

The costumes provide an immersive experience for visitors and really help to bring the history to life.  They have educational benefits for children and are also be useful to school groups. The designated area of the activity room on the ground floor allows visitors to dress up in the costumes and have their picture taken.

There are also costumes specifically for volunteers who would like to wear a period costume when they greet visitors at the house and attend special events.

Pic: Peter Homewood wearing his Stuart outfit made by Sue. 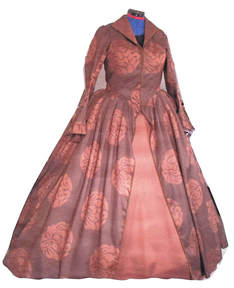 ​Some of the costumes were created with the help of a group of volunteers led by our enthusiastic Chairman, Sue Haydock and organised in association with Go-Sew, a small but enthusiastic group of seamstresses, knitters and craft makers.

The costumes were fairly simple and easy to make once the right materials have been found. To support the local community and to keep costs down we recycled curtains, linens and clothing from charity shops that had the right weave, texture and colours for the period.

If you enjoy making costumes, or sewing or would like to get involved in our costume making activities then get in touch with us at info@friendsofeastgatehouse.org.

​In addition, we purchase costumes to augment those made by our volunteers.

These include some items that are not easy to create by hand, such as hats and accessories and where the right material and trimmings are hard to acquire.